A historically controversial incinerator, which stands guard over the east of Sheffield, has been hidden away in the shadows in recent months. But after a national report showed 40% of rubbish in England is burnt, while recycling has fallen by the wayside, the burner has been thrust back into the limelight.

Let’s be clear, the Steel City isn’t the worst in the country. We burn just over 30% of our waste, whereas Westminster Council in the Great Smog burns over 80%, despite government targets to recycle half of all waste by 2020.

For Sheffield, however, this is still around three times the amount our city incinerated a decade ago, which was just 11%.

The burner, which belongs to French company Veolia and is found on Bernard Road, opened in 2001 and has been at the centre of conflicting evidence over whether it causes harm to health in the surrounding area. 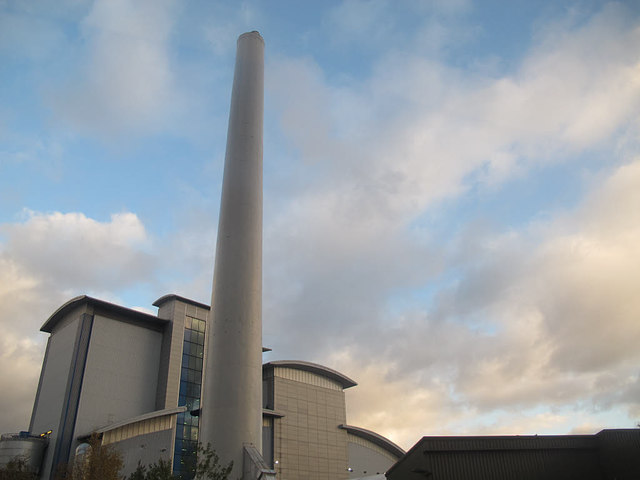 View the direction of the emissions here.

The incinerator does some recycling at the site, but also produces particulates such as hydrogen chloride, carbon monoxide, sulphur dioxide and nitrogen oxide, which contribute to the pollution of our air.

As reported by The Daily Mail, scientists and politicians have found that emissions from large plants – such as Sheffield’s – can cause health risks when inhaled.

Councils across the country regularly get sucked into long-term contracts with waste management firms like Veolia. This is exactly what happened here, as a deal was signed tying Sheffield and Veolia until 2036. But just last year the plucky, green-fingered councillors voted to amend the contract in April 2018, in a bid to recycle more.

Clearly everyone has the right to clean air, but Sheffield, which “regularly breaches the EU’s air safety thresholds,” is thought to be contributing to 500 premature deaths each year.

The University of Sheffield’s Dr Lee Crookes, the principle investigator in a study on the city’s air quality, attributed the deaths in the city to its air quality. “Citizen air-quality scientists” have thus been introduced by Dr Crookes to map the air quality across the city, which he said is not even.

February 20, 2017 Mark Bradley Comments Off on Sheffield residents take to streets to protest against 150-year-old oak tree being felled

‘We’ve lost the ability to mend and make do’: the Sheffield shop owner who is recycling shipping containers as a solution to #Sheffrubbish

May 4, 2017 Mark Bradley Comments Off on ‘We’ve lost the ability to mend and make do’: the Sheffield shop owner who is recycling shipping containers as a solution to #Sheffrubbish

A Sheffield boy has vowed to walk a marathon during lockdown – despite having cerebral palsy and autism. Tobias Weller,